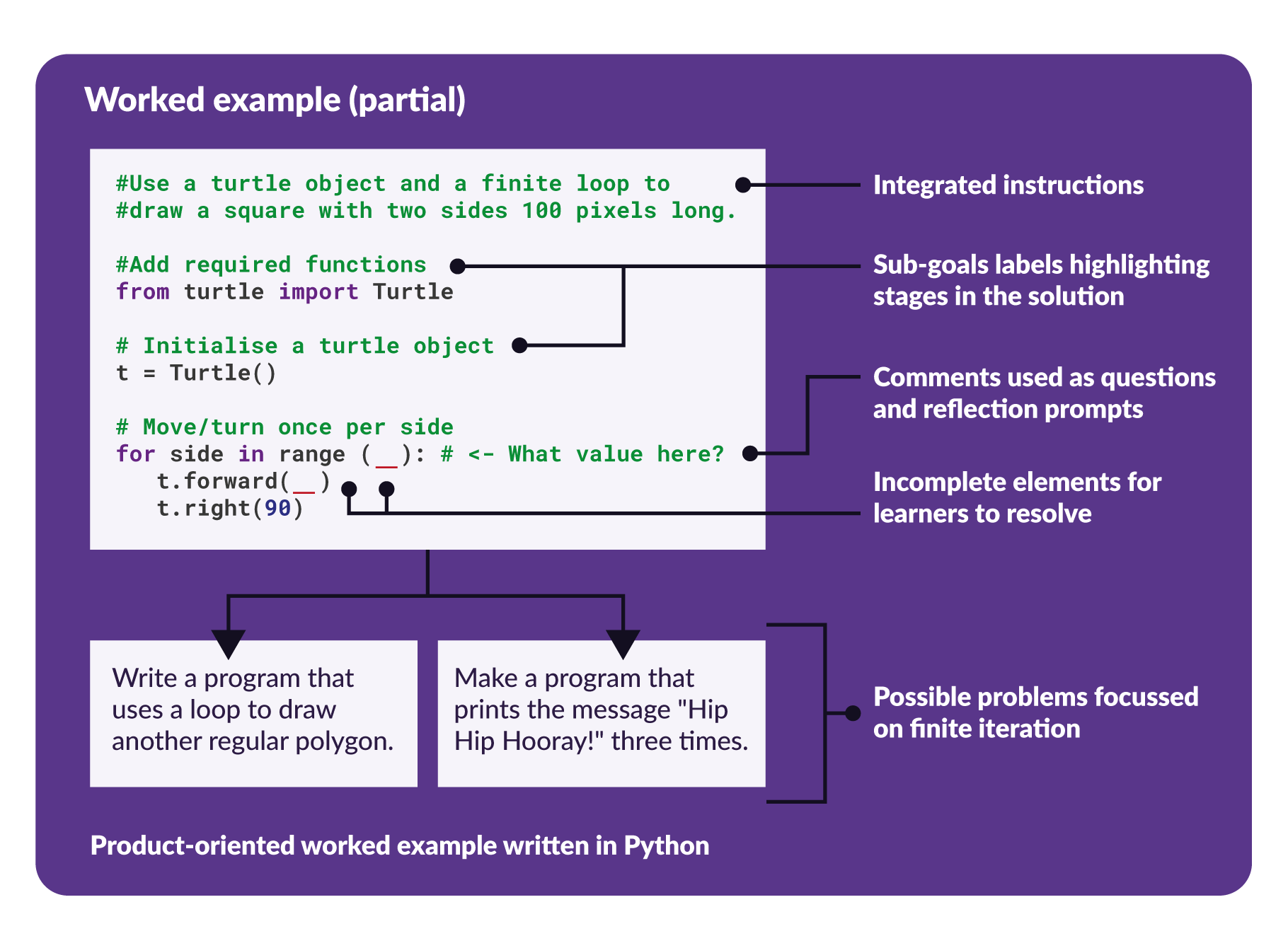 Worked examples are a tool commonly used in a range of subjects including Maths & Science to support novice learners. By studying worked examples alongside the completion of traditional practice problems, learners are exposed to the problem solving process as well as frequently applied techniques.

As learners become more capable these benefits reduce and worked examples can begin to hinder learners. As with many types of scaffolding and support, worked examples should be faded out as needed. 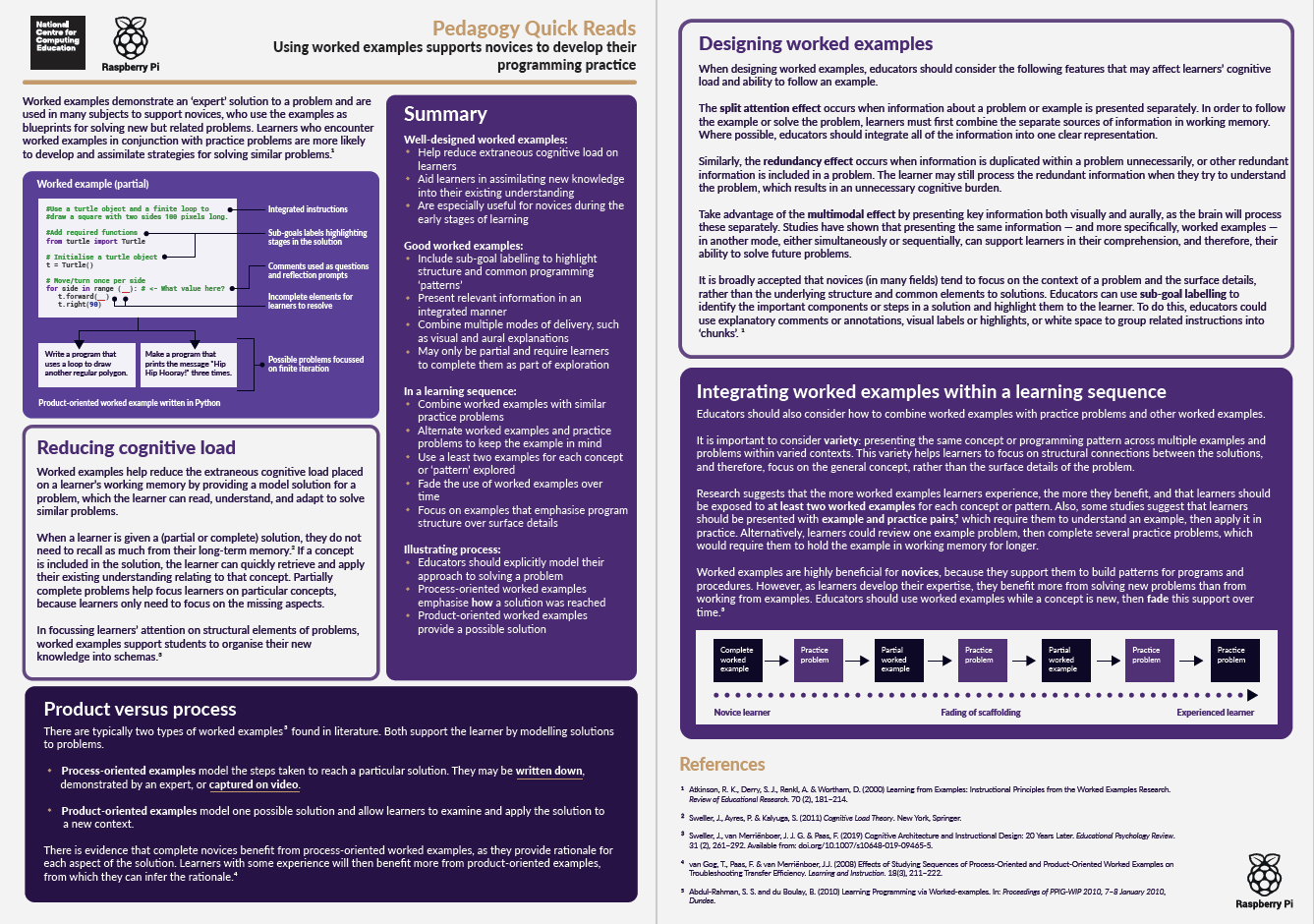