Link to the paper.

In this experience report, researchers explore the practice of paired programming with primary school-aged learners. Specifically they compare the standard approach, using a shared device and driver and navigator roles, with a two-device approach, in which each student works synchronously on the same project using a second device. The report uses interviews and analysis of student conversations to identify some of the benefits and limitations of each approach.

The report summarises findings from three similar studies conducted with students aged between nine and eleven at three different schools in the US. In each scenario, students tried the two approaches to pair programming while completing a collaborative programming project using the block based programming tool NetBlox. One of the three schools delivered the experience via the science curriculum, while the other two schools had it embedded in computational thinking/computer science lessons.

Although there was some variation in exactly how the lessons were delivered, due to timetabling, all students received a similar experience. Their interactions while working in pairs were recorded and later analysed, with particular emphasis on the types of conversations occurring while working together.

The researchers followed up their observations with interview questions designed to elicit the students’ preferences for each approach to pair programming, as well as the perceived benefits and challenges.

Analysis of learner conversations showed that in both forms of pair programming, learners tend to rely on cumulative conversation, avoiding critical conversations that may lead to conflict.

Traditional pair programming, with shared device and driver and navigator roles, featured more disputational conversations which frequently occurred either just before or after a period of exploratory conversation. While learners were focused on the same task, they frequently disagreed.

In two computer pair programming there was less disputational conversation, but exploratory conversations frequently led to cumulative conversations. In this scenario, the collaboration took on more of a consultative role, with learners working in parallel on the same task rather than together.

Conversations with learners showed a general preference for the two-computer approach as well as some perceived challenges and benefits of each.

In single computer pair programming, the participants would prefer to be the driver, got frustrated with turn taking, and felt it was less hands on. However, there was also a view that you learnt more and can see what your partner is doing and spot mistakes.

For two computer pair programming, the challenges appeared to be broadly technical in nature, frustration about slow synchronisation of the software or not being able to follow their partners work in real time. For benefits, the participants recognised the perceived increase in independence and more hands-on experience.

This experience report intrigued me as someone who regularly used pair programming with learners and has seen the benefits of the approach. I think that more collaboration in general should be encouraged when engaging in programming tasks. The two-computer approach to pair programming is definitely intriguing and may be something that teachers want to try for themselves

Regardless of the approach taken to pair programming, one important consideration that this report underscores is the time needed to effectively train and prepare learners for this way of working. For traditional pair programming, educators should dedicate time and energy to supporting learners to communicate and take turns. For two-computer pair programming, a similar level of attention needs to be given to co-ordination and breaking down tasks. 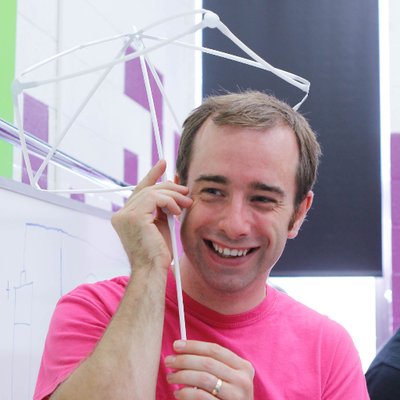