One thing every teacher can do to inspire girls about computing 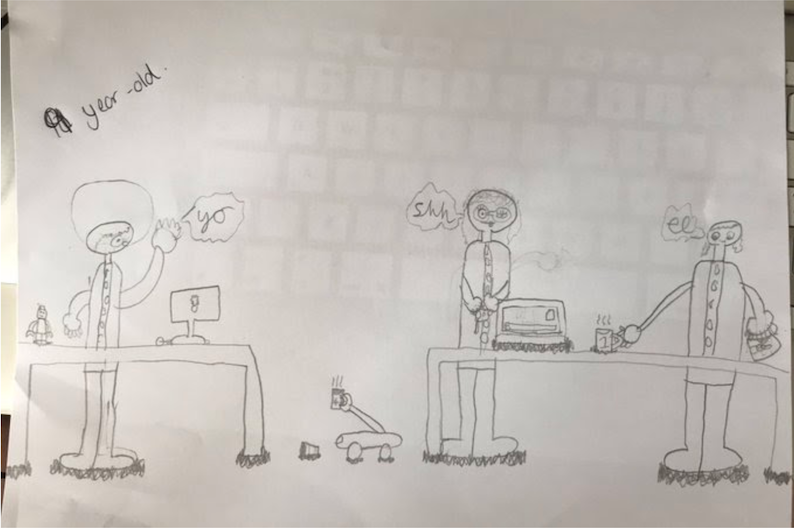 Katharine Childs shares a simple way that teachers can find out what their learners think about computing, and provides suggested resources to address misconceptions and inspire more girls about computing.

The gender balance in computing is slowly improving. The 2020 A level figures show that for the seventh year in succession, an increasing proportion of girls are choosing to study computer science. However, the gender imbalance is still one of the highest among all subjects, and many teachers are looking for ways to encourage girls to choose computing. This article presents a simple, multi-age activity that teachers can use as a practical tool in their classrooms to help to identify the perceptions that young people hold about computer science. Teachers can then use some suggested resources in their classrooms to address any misconceptions their students might have.

Children and young people often have stereotyped views about computer scientists, which are shaped by what they see and hear in the media and in conversations around them. These viewpoints can act as a deterrent for underrepresented groups in computing, who do not see enough similarities between themselves and a stereotypical computer scientist and feel that they will not belong in a computing classroom or career. It’s important to understand these stereotypes so that you can begin to address them and encourage young people to see computing as a subject for everyone.

One activity that can be helpful in identifying these stereotypes is based on the ‘Draw a Computer Scientist’ tool, which is used in research to measure young people’s attitudes towards computing. It has been adapted for teachers to use and will help you to find out more about the stereotypes that learners hold. Drawing a computer scientist at work is a powerful way of finding out what young people think computer scientists do and what they think a typical computer scientist looks like. Full instructions are given in the text box below, followed by some ideas and resources to help promote computing as a subject for everyone. This activity can be done at any time, but may be particularly beneficial during transitions or at the start of the school year as a way of informing future practice.

This activity can be done with a whole class or with a small group. The educators leading the activity should see it as a tool for identifying common stereotypes, rather than a test of individual learner perceptions.

Here are two example drawings that have been created as part of a ‘Draw a Computer Scientist’ activity. They are provided here as an illustration of the type of output that is generated, rather than to show ‘right’ or ‘wrong’ answers. In this activity, every drawing and description is valid. 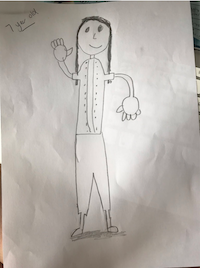 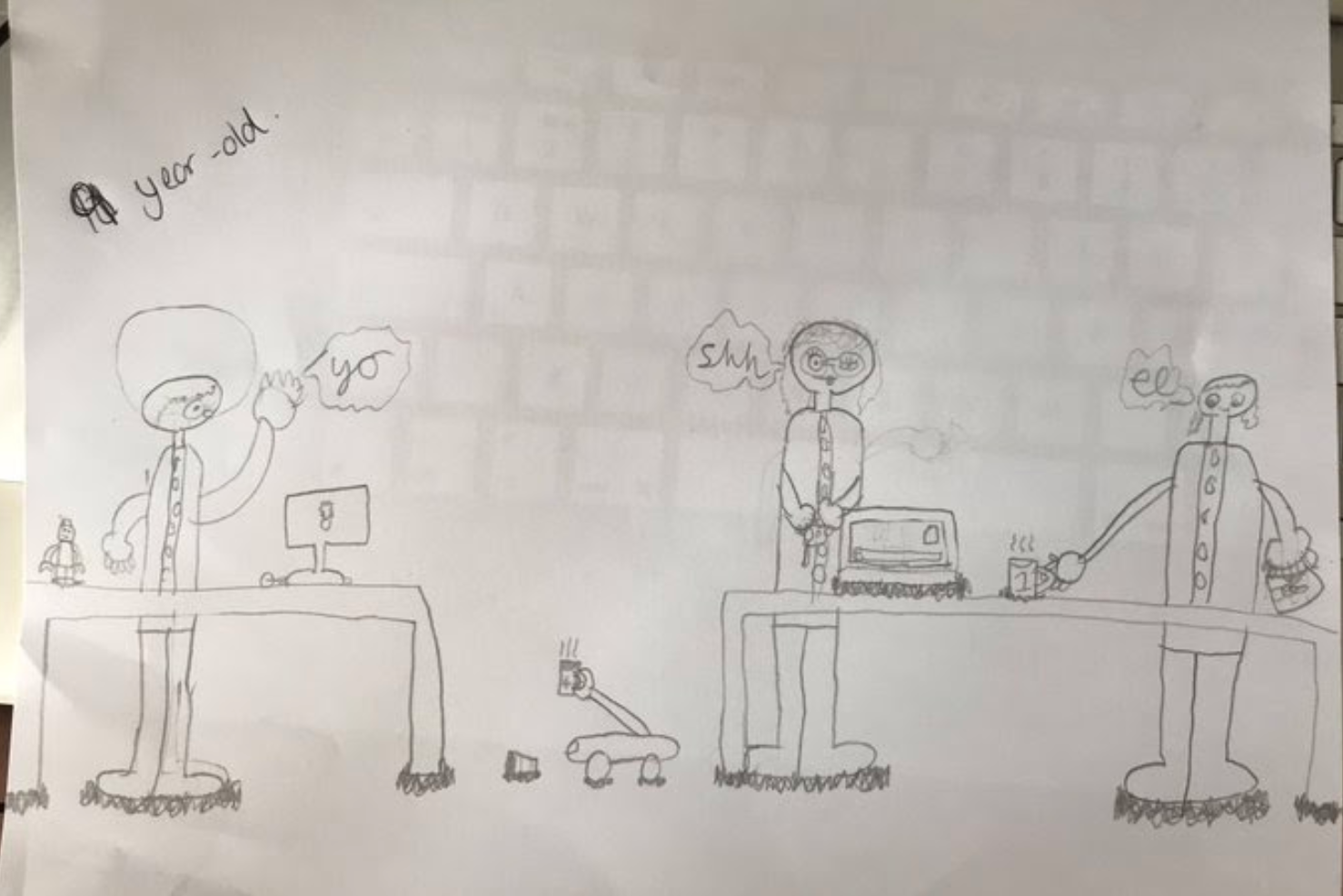 Using learners’ drawings and descriptions to inform your classroom practice

It is likely that the activity will generate a variety of drawings and descriptions with a wide range of representations of computer scientists. Here are some common stereotypes that recur among learners of all ages, along with some suggestions of ways to address them through your classroom environment and curriculum resources. These strategies will help to provide an alternative view of who computer scientists are and the work that they do.

1) The computer scientists are predominantly male

It’s really important to use the text description that accompanies the drawing to determine the gender of the computer scientist, rather than making an assumption about gender. For example, some drawings may be stick figures and not use a gender-specific pronoun. Seeing computer science as a subject for men can prevent girls from feeling that they belong in the subject. One way to overcome this is to set up a gender-neutral classroom environment by using displays that show a diverse mix of people working in computer science.

2) The computer scientists are working alone

Computing is often perceived as a solitary activity involving individual work with little social interaction. Although the prompt to ‘draw a computer scientist’ may influence the drawings and descriptions, it may also be likely that young people see computer science as a career that is suitable for people who like working on their own. However, like many other disciplines, computer science work takes place as a part of a team. Building in some paired or group work in computing lessons will help to establish computer science as a subject where working together is important. Although sharing computing equipment may not be possible while social distancing measures are in place, you can use some creative ways to promote group work, such as during idea generation or design tasks, or by asking your pupils to work on different sections of a task that are then brought together.

It can be difficult to visualise exactly what a computer scientist does in their work. This is partly because some of the jobs are so new that there is no history of including them in traditional careers talks and programmes. Look for opportunities to link computing skills to identifiable careers in lessons; for example, a unit on HTML could include information on what a web developer does, or a unit on computer networks could link to a video about the work of an engineer at a wireless technology company.