Education recovery: Explore our curated collection of CPD, resources and support.
Online courses: FutureLearn are changing what data they store as part of GDPR on 20 Oct 2021. You may need to take action.

How do girls choose their computing role models? 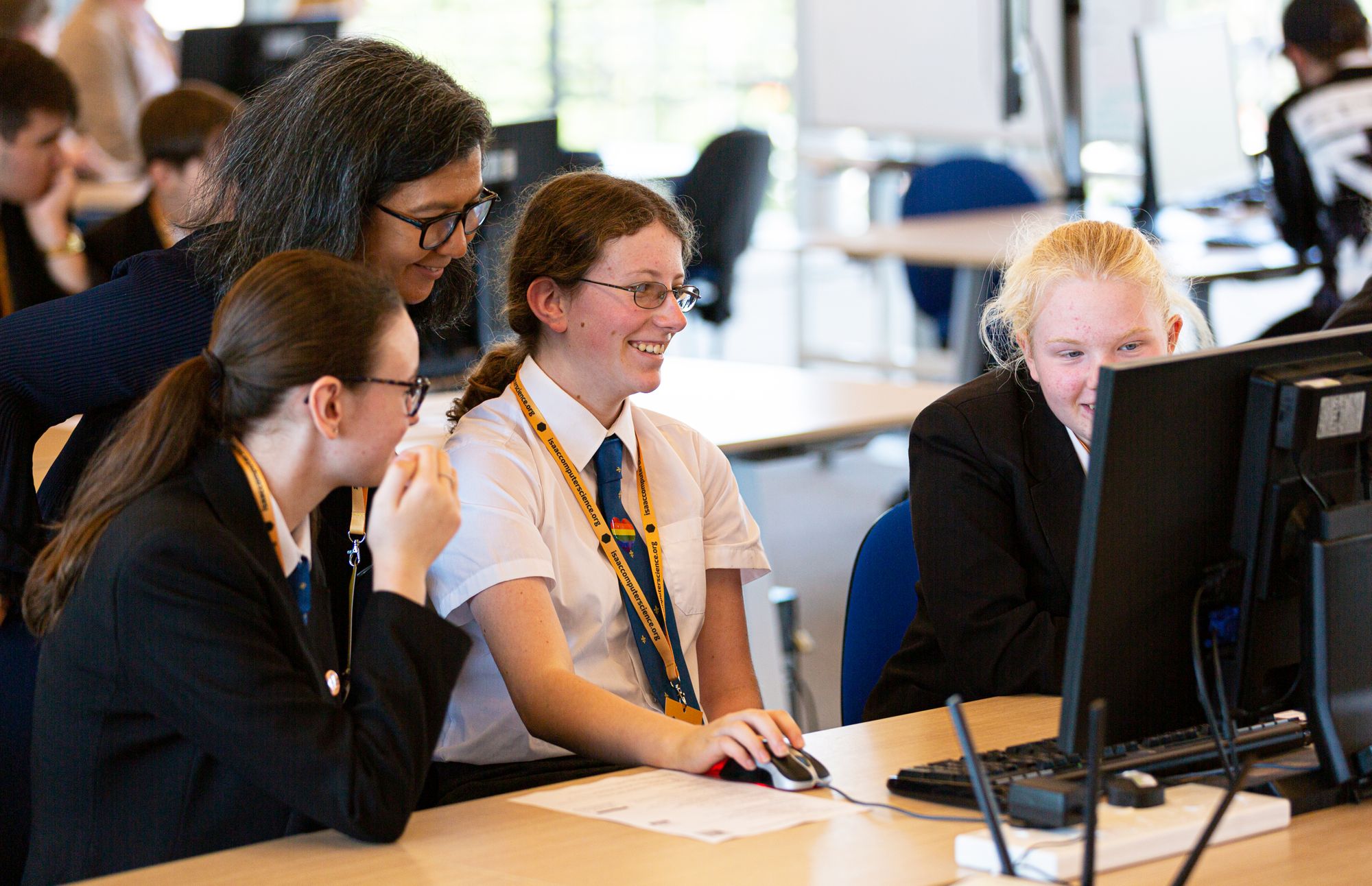 Katharine Childs shares a student-centred approach to using role models to help girls feel that computing is a subject where they belong.

Gender Balance in Computing is a four-year programme of research to explore ways to increase girls’ participation in computing. During the period of school closures, we have paused all of our communications and fieldwork with participating schools, and will instead focus on sharing the latest thinking on gender balance in computing. This is the first in a series of monthly articles to keep computing teachers connected with evidence-informed ideas, and this month’s article is all about role models.

A growing body of research suggests that girls’ interest and motivation is linked to the sense of belonging that they feel when experiencing and studying STEM subjects. When girls see themselves represented in computing by identifying role models, they are more likely to value the subject in their studies and future careers.

Role models are often presented as people in the public eye who have had notable successes or achievements. However, several studies have shown that girls evaluate potential role models using a variety of criteria, such as perceived similarities with themselves, how relevant the person is to their goals, and how aspirational they are.

We spoke to a small group of girls aged between 7 and 15 to find out who their role models are, and found three interesting themes:

With such a variety of role models, how can computing teachers integrate role models in the classroom?

Use external resources to introduce students to potential role models

Many organisations, such as WISE Campaign, deliver programmes in schools that share stories of women with careers and leadership positions in the tech sector. There are also a number of initiatives and resources that highlight the significant contributions that women have made to the development of computing, for example, the slides and posters produced by CAS London.

Use opportunities in school to introduce peer role models

Teachers can introduce potential role models within the school. Pupils are likely to find peer role models, who are often of a similar age to them and have recent experience, both relevant and aspirational. In primary school, teachers can appoint pupils who enjoy computing as digital leaders so that they can get involved with supporting their younger peers at extracurricular clubs. At secondary level, teachers can encourage girls who take GCSE Computer Science to share their experiences at options talks.

Connect girls with communities as well as individuals

Clubs and communities play an essential role in creating an atmosphere where girls feel that they belong as computing learners. For example, Code Club is a friendly and inclusive community of learners that offers a structured set of free resources for use in extracurricular clubs. It’s also worth exploring opportunities to find online communities, with appropriate age-related safeguarding policies in place, such as the websites used by Annalyn and Kayla.

Girls evaluate potential role models by looking for perceived similarities with themselves, and this is closely linked with their own self-esteem. If girls have an unduly negative or critical opinion of their capabilities, they may set aside the possibility of striving to emulate someone who they feel is out of their reach. Formative feedback that highlights computing skills, such as writing code, or valuable attributes, such as problem-solving, can help overcome this, and this could even be extended to draw parallels with well-known role models.

It’s important to understand how girls choose their role models, and the influence that these choices can have on their education and careers. In both primary and secondary school, there are lots of opportunities to develop a student-centred approach for using role models that help girls feel that computing is a subject for them. Our goal is that the students of today may go on to become the computing leaders of tomorrow and, in turn, role models for the next generation.