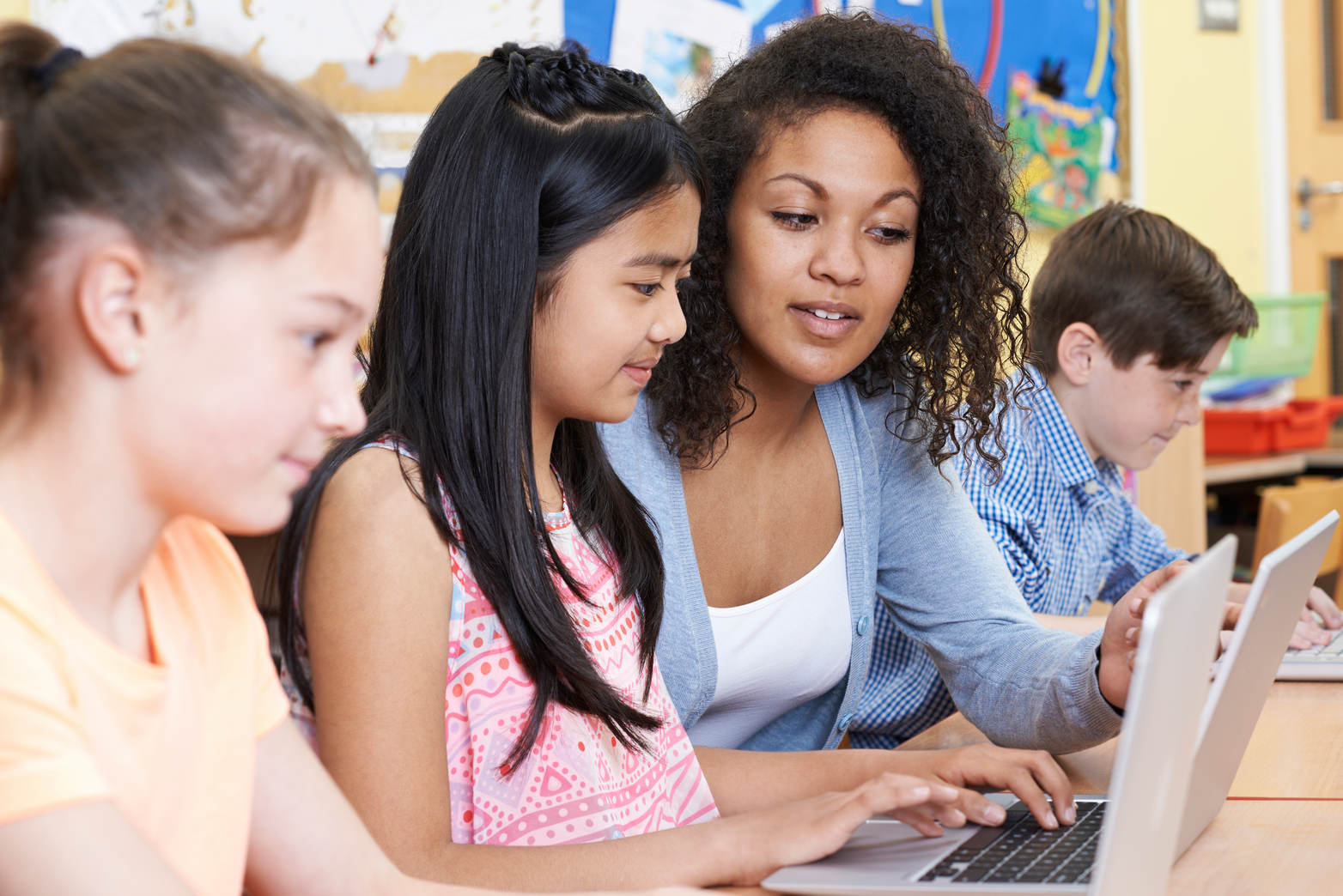 Dr. Matthew Holt explores the relationship between gender identity and Computing Education in schools, and offers some tips to get teachers thinking about this complex topic. Matthew is Head of Qualitative Research at the Behavioural Insights Team and author of the book Sexual Orientation Equality in Schools: Teacher Advocacy and Action Research.

Computing was once considered ‘soft work’ and a feminine pursuit, but the proportion of women pursuing careers in computing has steadily declined since the 1980s. Attitudes towards computing began to change as technology became vital to our daily lives and a status symbol, shifting the industry towards becoming predominantly masculine.

At the same time, public consciousness of social inequalities and the distribution of power has increased, particularly in relation to how we internalise social ideals within our identity. Concepts such as toxic masculinity and male fragility are more commonplace in the media and popular culture. So what is the link between philosophical understandings of masculinity and the reality of a career in computing? The role of identity may provide us with a partial explanation.

Starting from the school years, student decisions on whether to pursue a career in computing is predicated on the extent to which they identify with being a ‘computer person’. This computing identity is shaped not only by personal preferences, but also by wider structural forces. Research suggests that the process of socialisation is key to the development of identities, where students come to internalise social norms, ideologies, and values. Therefore, the development of a computing identity is subject to social forces and norms about what is socially acceptable.

With strong foundations in computing and computer science, geek culture has seen a stark rise in popularity and significance over the past decade. Previously scorned for the associations of geek culture with obsessive, poorly socialised individuals, the media and popular culture now celebrate geeks. This coincided with the rise of comic book films, increased convention attendance, and the glorification of so-called tech wizards such as Mark Zuckerberg and Bill Gates.

The rise and widespread acceptance of geek culture has similarly been seen in the research world, from studies trying to understand shifting public attitudes, to the development of scales that measure geekiness.

Gender identity is also subject to wider structural forces, evidenced by the fact that different countries and cultures have different gender relations to computing. In high-income countries where the gender gap in computing is larger, the process of socialisation in schools plays a crucial role in the formation of student ideas about how boys and girls should be acting as well as what boys and girls should be studying. Gender theorists have stated that masculinity dominates the social landscape and femininity only exists as a set of attributes rejected by the masculine identity. Traditional masculine identities were centred on strength, infallibility, and physical prowess, which in schools were typically expressed through sporting achievements and the rejection of the arts.

New forms of masculinity have emerged alongside the growth of technology, at least in Western culture, where previously victimised non-masculine men have forged a new masculine identity within technological spaces. While not conforming to existing ideas of masculinity, the new, non-hegemonic masculinity shares one major feature with its traditional counterpart: it excludes femininity from important social spaces. This is evident in the UK, where women make up only 19% of tech workers.

Over the past few decades, technology has been increasingly conflated with masculinity.  Stereotypes have arisen of the male affinity for technology, particularly around their aptitude for using and fixing technology. Now deeply embedded in everyday life, these stereotypes have led to the prominence of ‘geek masculinity’.

Beyond exclusion of women, geek masculinity also shares other harmful traits of traditional masculinity, such as the assertion of dominance, one-upmanship, and misogyny often expressed as online harassment. While identity exists on a spectrum and not all boys interested in computing will exhibit all of the masculine attributes described, it is important for those in influential positions to be aware of the potential for harm and the need for female inclusion in computing spaces.

Due to the importance of schools in identity development, teachers play a critical role in conveying social norms and setting social expectations for their students. Strategies for teachers may include:

Reflecting on your own identity

While teachers are often encouraged to consider the identity development of their pupils, it is also important for teachers to be self-reflective. We have all developed identities within social constructs and under social influences. Classroom strategies to degender activities and promote inclusion are necessary, but teachers should be encouraged to reflect on where they themselves are socially situated. Teachers benefit from collaborative spaces where they can safely explore their place in society alongside other teachers. Teachers can think about who their gender and computing role models were/are, and how this has influenced their understanding of gender norms. It can also be helpful for teachers to reflect on people in their lives and the community who have challenged these norms.

Part of a teacher’s role in promoting social equality is to challenge harmful narratives when they emerge in the classroom. Whether this is jokes about girls and technology, or even linking boys and geek culture, teachers are in a unique position to challenge social norms and to open pupils' minds. Conversations about belonging and attempts to challenge conventional ideas start through dialogue with students.

Modelling a variety of computer identities

Alongside the challenging of existing stereotypes, teachers can also play a role in modelling alternative identities when teaching. Teachers can use examples of different types of people engaging with computing and computer science, to represent an interest in computing as a desirable attribute for everyone. Campaigns such as Million STEM provide valuable resources and case studies that reflect the diversity of women working in STEM today.

If you've been inspired to try out some of the above ideas in your own classroom, why not join our Gender Balance in Computing research programme?