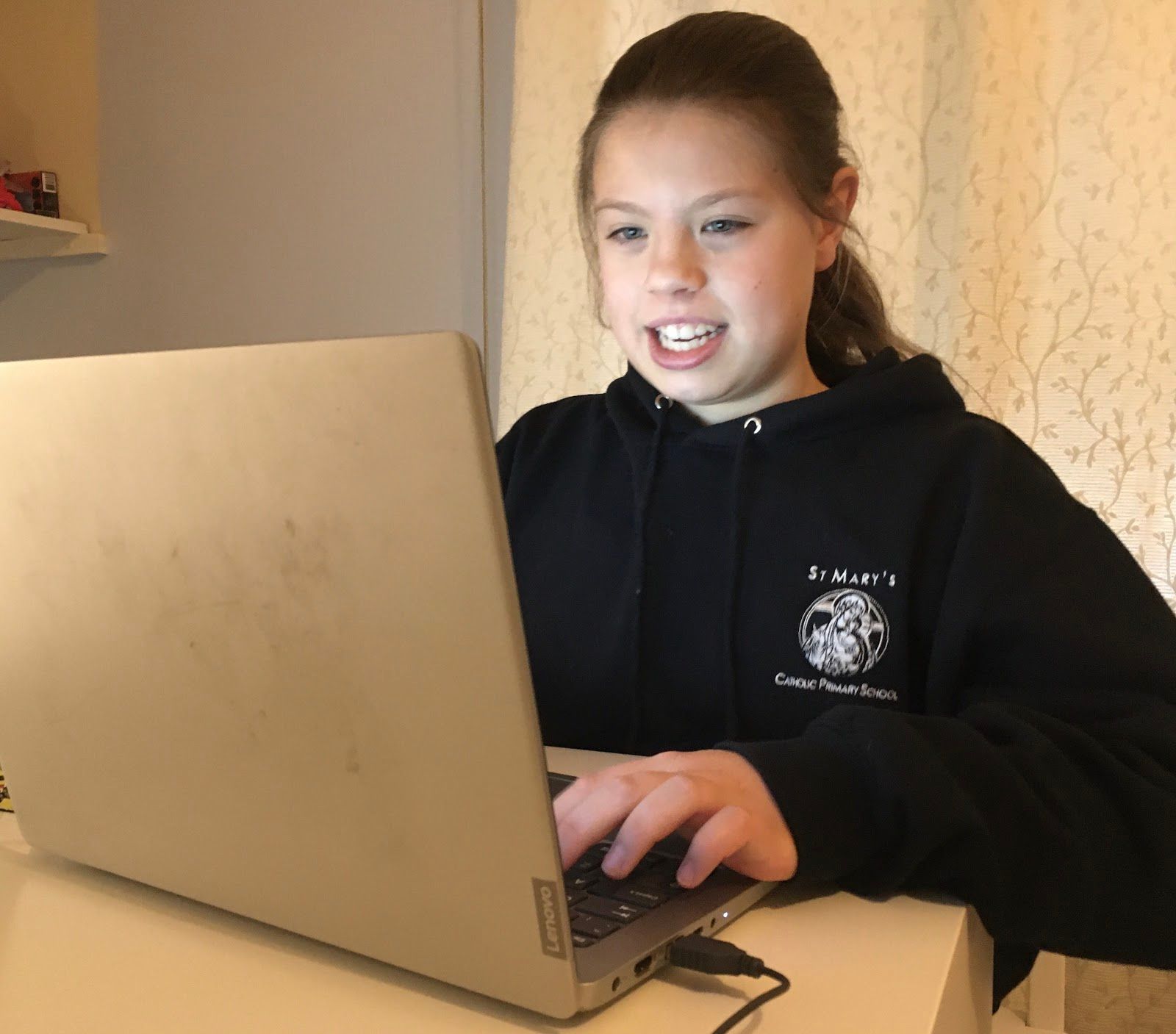 Continuing with our celebration of girls and women who are doing amazing things in computing education, we spoke to 11-year-old Dahlia Poulton-Trask, who started a YouTube channel with her brother Ethan with the purpose of creating short, easy-to-follow tutorials for other learners.

Thanks so much for catching up with us Dahlia. What first inspired you to co-create Coding Siblings?

My brother and I have been coding since Year 4, and we felt like there wasn’t enough programming in our lessons at school. We also thought that other pupils would benefit from having short videos that explain little snippets of code. Pupils could then use each snippet as a building block to learn more.

You run virtual workshops that encourage young people to get involved with coding. Why is this important to you?

IT or computing lessons can be heavy on theoretical content, so we think it’s important that people can have short, practical tutorials. That way they can practise programming in short snippets. Coding encourages problem solving, and we all need to be good at solving problems, especially in these uncertain times.

What has been your proudest moment so far?

was surprising and really encouraging. I also had an article about women in computing accepted for publication in Hello World magazine, so I am proud of that. It is in the latest issue - out now!

Awesome! So what’s it like working with your brother? :-)

Good most of the time! He supports me and we work well together. The nice thing about Ethan is that he doesn’t judge people. He understands that girls can be just as good at programming as boys, and deserve to be in the tech industry on their own merit. Amusingly he also thinks he is better than me at programming. I forgive him for thinking that, even though he is incorrect!

What are some things that excite you about the subject of computing?

Programming is exciting, but also things like finding out how the internet sends packets of information from one place to another, or how designers manage to manufacture smartphones, or how facial recognition cameras can now identify people who are wearing masks.

What are some things that you’d love to change about the way the world sees computing?

We need equality for both genders in computing! More girls are taking computer science at GCSE and A level, but they are still in the minority. We also need more ethnically diverse groups [of people] to develop software and engineer things, so that the things companies design and release are more representative of society.

Who are some other online creators that inspire you?

This sounds a bit cheesy but my mum designs websites and now teaches computing, and my dad is an educational consultant in London. So they have taught me a lot! For content, I think code.org is good. It’s full of good tutorials in lots of different languages, including block coding as well as things like Python and Java. My brother and I also use Trinket, w3schools, and sometimes Snakify. People who inspire me include David Attenborough and Steve Backshall. I am really interested in the natural world and the animal kingdom.

What is the coolest project you’ve ever built with a computer?

We have been learning some new techniques that we discovered are GCSE-level or beyond. For example, in one of our videos we walk through how to create an array of our dad’s old cars — he’s had a lot of old cars — then we use methods like .sort() to put them into alphabetical order, and .enumerate() to return the index position in the array, as well as the value itself. That sort of thing is never taught at key stage 3, and actually we don’t think even GCSE pupils learn it. So that project was pretty cool!

Why do you think more boys study computer science than girls currently?

Girls tend to think that computing is only for boys, especially if you are in a school where all of the teachers are male and they only use examples in class such as Premier League football teams or motorbikes. Having said that, my mum teaches computing so she’s played her part in inspiring me and plenty of other girls. It’s down to what influences you are exposed to, and when.

DO IT! Right now! It’s very low risk. You just need to get on a programming platform and find some starter resources. Platforms include repl.it, which we use for our Coding Siblings channel, and we also really like Trinket which features tutorials. Start simple and slowly build up your knowledge. Our channel would also be a good place to start, but there are lots of other resources out there that are (nearly) as good as ours. Also, reach out and make sure you connect with other people. Programming can be frustrating if you don’t have somebody to bounce ideas off. We have found so many amazing people on Twitter and we have learned a great deal. Sharing your progress and asking people for help is an approach that has really helped us.

Want to help the National Centre for Computing Education find out what works for getting more young girls interested in computing? Encourage your school to take part in our Gender Balance in Computing programme.

And look out for Dahlia's article, Give us context and creativity in computing, in issue 15 of Hello World!