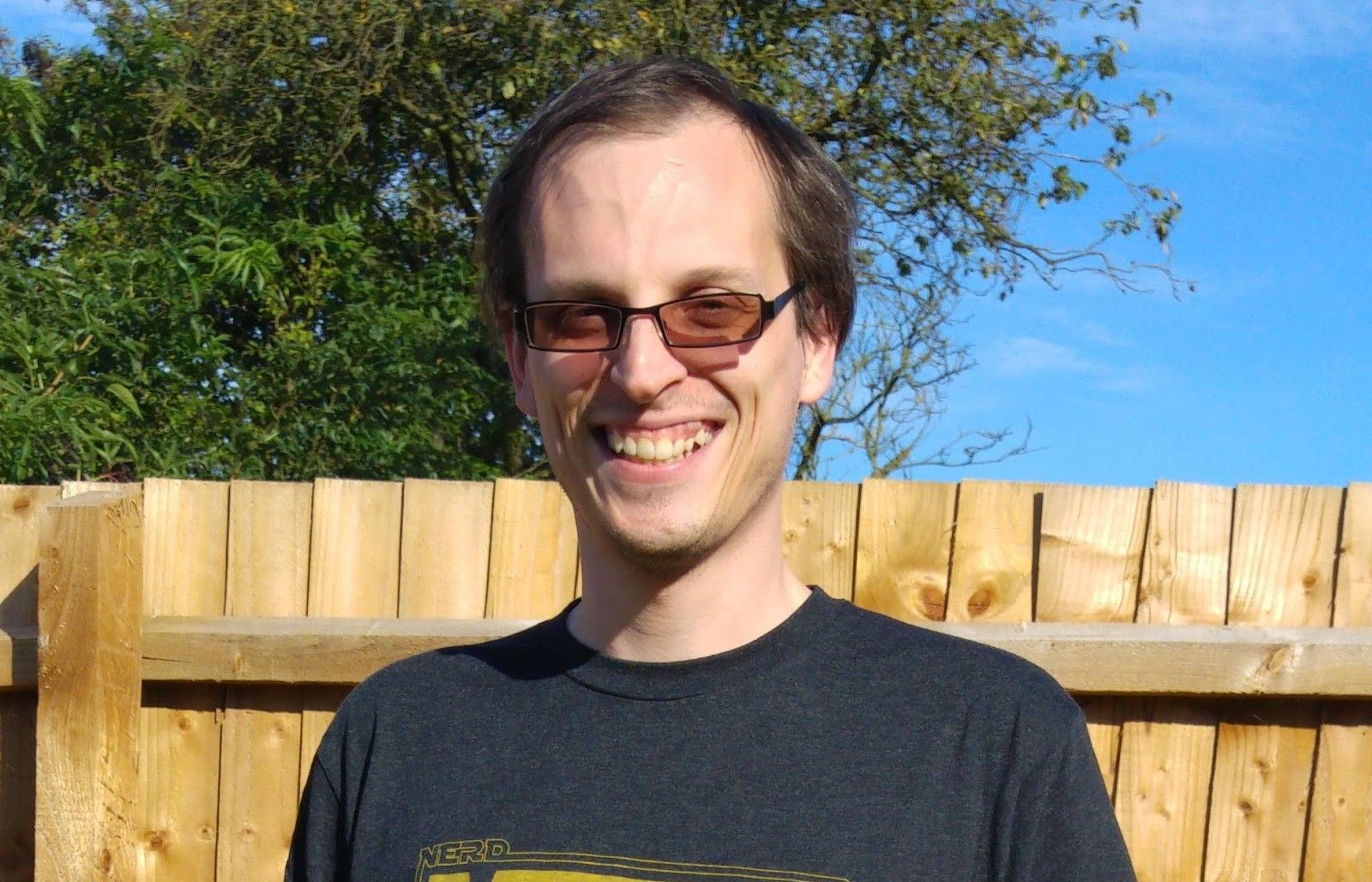 Next up for Games Careers Week, we spoke to Stuart Fraser, who shared the game that inspired him to get into the industry, the pros and cons of being an indie developer, and some advice for getting into the industry.

Tell us about your journey and how you got into the gaming industry.

I found it difficult at secondary school and didn't get good grades. Console games on the Mega Drive and Super Nintendo were expensive and I remember having to save hard to buy them. One day, I saw a new game appear in the various gaming magazines and was really impressed by the quality of the graphics and animation. That game was Earthworm Jim. Something just clicked, and made me want to know more about developing video games.

The next step for me was to get the right grades to study a related subject at university. So instead of doing A levels, I studied IT at Lincoln College which led to me getting accepted to study computer visualisation at the University of Teesside. This was mostly digital animation and post-production for TV and film, but it did have a small amount of games design and development. After leaving university, I managed to get a job working for Frontier Games on the RollerCoaster Tycoon series.

The ‘traditional’ route for getting into gaming now is that you go to university, get a related degree, and then you apply for entry-level jobs in the industry. What are some of the biggest misconceptions people have about the gaming industry?

I feel I went [down] this traditional route, but the first misconception would be that you need to do a games course or even a degree to get into games. I will say that it's more useful to have a degree, but to be honest, the specific games design courses are only as good as the student makes them. You definitely need to work on projects in your own time. There is a lot of theory that is taught on these courses that aren't practically useful for developing games. I learned more in my six months at Frontier than I did by studying for three years at university.

Could you give us a brief overview of the process that developing a game might take?

To simplify the process, we tend to start in the prototype stage. This gives us the initial framework of how the game will play. Once everyone is happy that the initial concept is something that we want to make into a full product, we go into the development stage. During this time, we create a long-term plan of the timescale of when the game will be ready for launch and the staffing requirements. During the development stage, we will have multiple points or milestones where we aim to review the game and check that the goals are being achieved. We then continue working until we reach the release stage. At this point, we work at making the builds as polished and stable as possible. Essentially the game must be in a playable state; we try to see it through the eyes of someone who would be playing the final product. This is typically when adjustments are made to prepare it for sending to console manufactures like Sony, Microsoft, and Nintendo. The release process can take anywhere from a few weeks to several months. Then finally it’s released to the public!

There are many different types of games that are popular for many different reasons. What is your personal approach/philosophy around thinking up new ideas for a game?

I tend to look at how I can evolve an idea by exploring, and deepening, the interactions between the player and the game, and between the different players. There is a lot to be said for making prototypes and playing about with concepts, as opposed to ‘going big’ too early and creating intricate design documents that end up being scrapped. It's important to discover how it feels to play the game, so I like to spend a lot of time working on the user experience.

What are the pros and cons of being an indie developer versus working for a big developer?

The big pro of being an indie developer is that you often get to dictate your own game ideas and work on a project that is more personalised to your own tastes. As a big developer, you never really get the choice on what to develop next. The cons of indie development tend to be that you often have little money to develop a project, so you often need to source funding yourself. You don't need to specifically worry about that as a big developer.

You hear a lot about the dreaded ‘crunch’ in the industry when a studio is trying to get a title out by a certain deadline. Could you describe what a ‘crunch period’ is like, in terms of managing your time and energy?

I am sure many would like to believe that the 'crunch' problems have gone away. While I certainly think it’s got better, it’s never been resolved entirely. When I’m three to four months away from the end of a project, it’s typical that I put in 'extra effort'. This means working additional hours. In terms of how we manage this to not get burned out, we tend to have a rota of who will be working the extra hours for that day. We also limit it to either two-hour blocks on weekdays or five-hour blocks on the weekend. When I originally started working on games, I did a few years of extreme crunch and did six-day weeks with extra hours at the end of each day. It’s been a huge improvement to actually get paid for this work and have it time-boxed for you, but it’s still something the industry needs to work on. In comparison, I worked at a software development studio for four years and the most overtime I ever did was a few extra hours one evening! In terms of what I do on a normal week, it roughly looks like what any normal job tends to be in terms of hours and having normal breaks throughout the day.

When you’re hiring people, aside from looking at a candidate’s specific skill set — e.g. being a skilled programmer — what other skills and personal attributes do you look for?

We usually look for typical soft skills, having some sort of problem-solving ability and being autonomous when needed. Equally, we want to find people who will be a good team fit and be able to work with like-minded people.

What would you say to a student who is reading this and thinking about getting into games development?

Going back to the initial questions, I would say that you don't need to focus on games design courses as the only way of working towards getting into the industry. We have people with degrees in architecture, fine art, software programming, and physics, to name but a few. I also know we have people with no formal training, but they have typically worked on their own games or learned the software to the level of anyone else in the industry.

I do feel that one mistake some new students make is to believe the only way into a games studio is via the Quality Assurance (QA) route. This can work, but equally it's a skill and discipline in itself. As hard as it is to have lots of rejections, if you have the abilities for a specific role, you will just need to keep applying and working on your portfolio. The industry is fairly competitive and even the skilled amongst us will face rejection letters with little or no feedback. It's worth reaching out to developers as they will sometimes come back to you with specific areas to help you improve. You might even find a mentor for life!