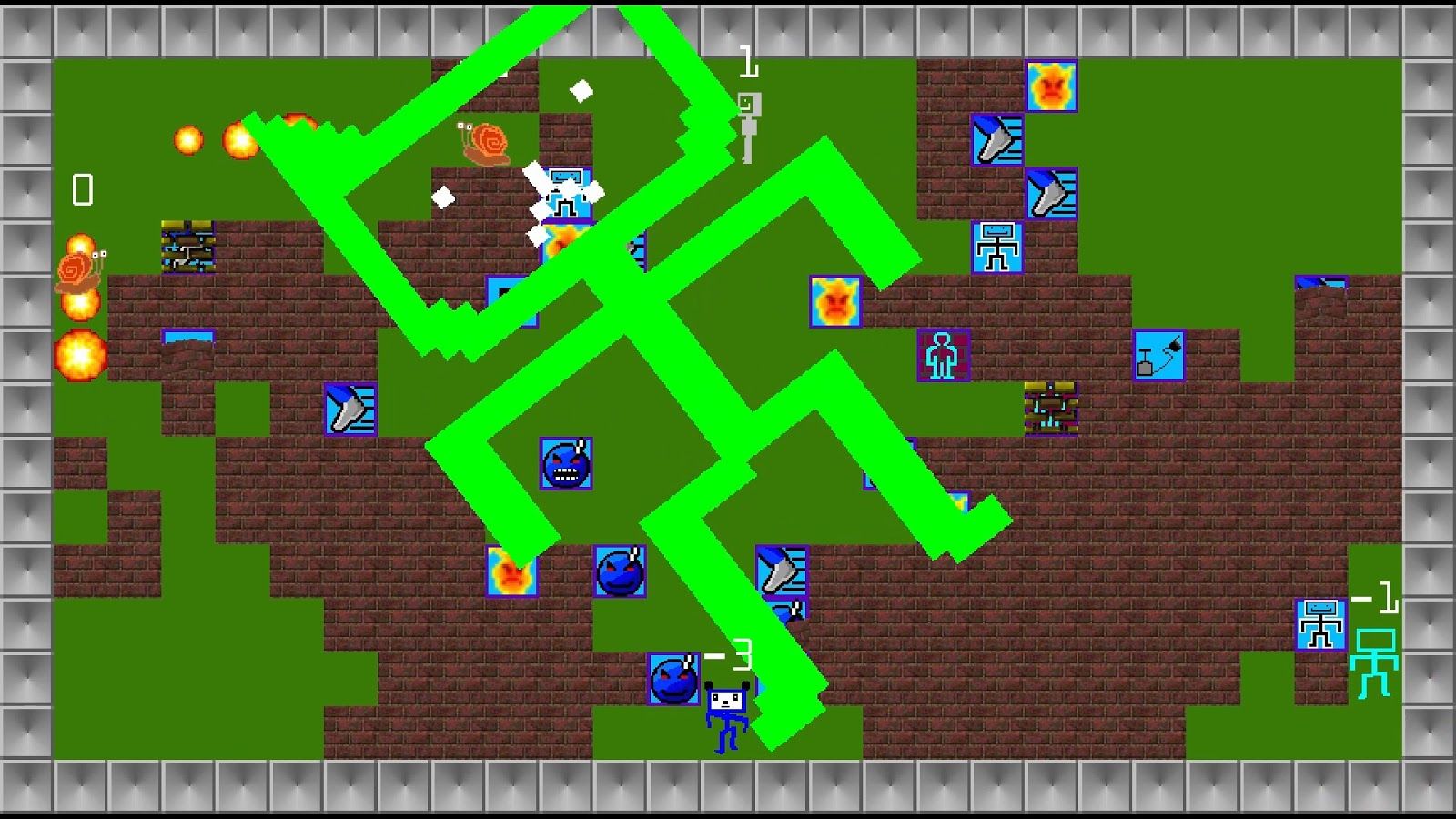 For Games Career Week, we are interviewing different people to find out what a career in the gaming industry is really like.

First off we spoke to Andrew Gillett, who told us about getting started in the industry when you don’t have a degree, how he went from working at a big gaming company to being an indie developer and tutor, and why his game Partition Sector unlocks photos of cats.

Hi Andrew! Tell us about your journey from working for a large games studio to become an indie developer and programming tutor.

I had quite an unusual journey as I was primarily self-taught. I didn't expect to find work in the games industry because I didn't have a computer science degree and I could only make basic games. Then I saw an ad from Frontier who were looking for a games tester. I was living in Dorset at the time, but I drove up to Cambridge for the interview and got the job. It was surreal, a bit intimidating, and very exciting to meet my heroes in the gaming industry!

When I joined Frontier, we were a small team of 16 people working out of a converted farmhouse. We would often have dinner together like one big family. Initially I was a game tester, but I always knew I wanted to be a programmer. My determination and perseverance eventually led me to work on a game called Dog’s Life, which had its own scripting/coding language. I was able to work on that and grow my skills.

I also noticed on your website that you offer computer science tuition. Could you tell us a bit about that?

Due to persistent pain in my arms and wrists, I had to alter my working day so that I was doing much less typing, and eventually had to leave Frontier after thirteen years. I switched to tutoring, whilst also working on my own games when my health permitted.

It was a big adjustment from going into the office every day to working for myself. Even though I didn’t have a computer science degree, I had learned a lot of the applied concepts of computer science through working at Frontier. It was then a case of having to go back and explore the deeper meaning of certain concepts for tutoring.

Tutoring is something I can do without being on a keyboard all the time. It also means I have the freedom to do work that I couldn't do previously, like writing for Wireframe magazine and working on games for my new indie studio Arganoid Industries.

What are some of the biggest misconceptions people have about the gaming industry?

When I played games as a kid, I would get annoyed at the little imperfections. It wasn’t until I got into the industry that I realised the imperfections — or bugs — were like an iceberg where most of the game (and problems) was under the water! I see a lot of people online who underestimate how difficult it is to do certain things. Even a simple feature, like being able to open a door in a game, can be vastly more complicated than most players would realise.

Was there ever a point when you suddenly thought: “I’ve achieved my dream!”?

It was more a series of points. As I mentioned earlier, my first programming job for Frontier was as a level designer for a game called Dog's Life. I was working in Frontier’s scripting language, with the occasional bit of C++ thrown in. As time went on, I could see that I was a valuable member of the team and started to feel more confident. I was lucky to have a team of really talented colleagues around me who could offer help and support.

I was also known for having good attention to detail; I often noticed things in games that others hadn’t because no one else was thinking in the same way. That was another way I was able to make a contribution.

Overall, I think the feeling of ‘making it’ was strongest when I worked on the minigame Trojan Quest, which was part of 2006’s Thrillville. Before that I’d just been working on individual parts of a bigger game, but this minigame was the first time I wrote everything — things like level setup, player movement, enemy AI, networking logic, and boss fights.

Could you give a brief overview of the process that developing a game might take?

Most games start out with a prototyping phase where you've got some kind of idea. You make a very basic version of a game without proper graphics. It’s very rough and ready, but it gives you a general feel of what the final game could be like. At about this point, the team asks questions like: “Is the game going to be playable? Is it going to be fun?”.

A design document might then be drawn up for us to follow. However, the final game isn't necessarily going to match the original plan as you often think of things that you want to change along the way — and things you thought would be good features sometimes turn out not to be.

In terms of day-to-day work, you have producers who organise the work, work out how long each phase of development should take, and set you tasks. Although you might be working on a wide variety of tasks throughout the project, you’ll usually just focus on one thing at a time.

As you get towards the end of the process and pass the stage known as ‘content complete’ (where all features and levels are in the game), work then shifts towards fixing bugs.

Different types of games are popular for different reasons. What is your personal approach to thinking up new ideas for a game?

It's very different from when you work for a big studio like Frontier compared to being an indie developer. Honestly, my personal approach has often been to think of a funny name for a game and then work back from that!

I’d written my indie game Partition Sector years ago, but wanted to update it to allow the game to run in modern resolutions and handle more than five players. It was going to be a very short project, then I started having ideas and ended up working on it for two years.

Partition Sector lets players collect coins, which unlock photos of animals. This is me gently poking fun at microtransactions and loot boxes that are common in so many games. I’m always trying to think of funny little touches like this to add to my games.

What are you excited about working on right now?

I have two games in the pipeline that I am excited about. One of them I wrote several years ago and is about 75% finished. It’s an original game idea, but the work required to finish it would be quite tedious. The other is my big dream idea and I'm quite excited to work on it — however, it’s in a very crowded genre and will take me around five years to complete, so it’s a lot to weigh up!

What would you say to a student who is reading this and thinking about getting into games development?

Make as much stuff as possible. I'm sure this is the most common piece of advice. It’s quite easy to dream of working in the industry but not do anything practical about it. Keep trying to build new things to improve and get more experience.

One of the things that helped me with my job interview at Frontier was working on the original version of Partition Sector. I put a copy of the changelog from the game in my application. Even though I was only applying to be a tester, it showed I had an idea of what actually goes into making a game.

Another piece of advice is to look at existing games and try to replicate them. For example, something like Pac-Man looks like a very simple game, but you’ll soon realise that the way the ghosts move and chase the player is actually really interesting.