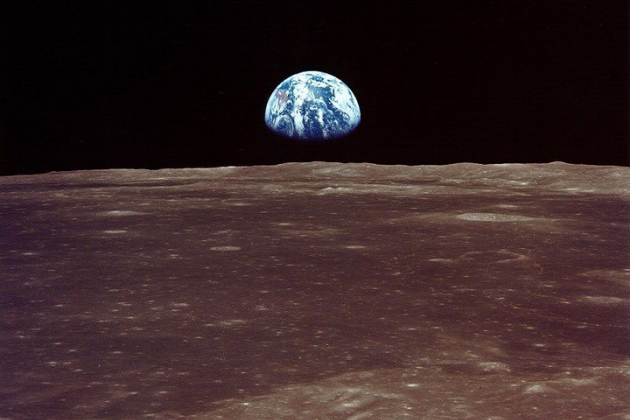 In the past few weeks, television schedules have been filled with programmes celebrating the 50th anniversary of the Moon landings, and the team at NASA realising President J.F. Kennedy's vision to put a man on the moon. But what does this have to do with me and computer science?

It's estimated that 90% of jobs will soon have some element of digital skills, and I feel very fortunate to be able to support teachers to be more confident with their computing teaching in my job. We have a once in a lifetime chance to invest in our young people and support them in developing the skills to become the pioneers of new technology, for example to lead the data analysis on a Mission to Mars, or support some life improving application.

Here at the NCCE, we work to engage young people with computing and encourage them to consider a career in using digital technologies. We support the teaching of the curriculum to keep up with digital advancements and influence education policy so it includes computational thinking and coding. To encourage innovation and inspire design, we need young people to take our learning and push it to new boundaries, much as the United States of America did in the late 1950's and early 1960’s.

It was young creative minds employed and nurtured in the NASA space development programmes that put humans on the moon. The average age of people in Apollo’s mission control was 28. Many were graduates who had benefited from investment in education.  The project, under the leadership of Eisenhower, saw a huge capital investment in the US education system, starting in the late 50's, in response to Russia’s Sputnik.  The chief engineer for the lunar launch was only 24, and his team were all just over 20; these unharnessed, unrestricted minds were able to think outside the restrictions of the “known” to create solutions to problems in a new and creative way.  That continues to this day, with many jobs of the future being designed and created by alternative thinking and harnessing the power of computing and computational thinking.

If any of you have watched the excellent 2016 film Hidden Figures, following the lives of three inspirational women (Kathrine G Johnson, Dorothy Vaughan, Mary Jackson) and their contributions in support of the lunar missions for John Glen in the early 1960’s ahead of the Apollo 11 mission to the moon, you will be aware of the manual calculations many teams of computation workers made to test many aspects of the lunar mission.

The technology that these teams at NASA and support agencies were working with were primitive and early versions of the computer that we now use as part of our daily lives. Much of the initial coding for the earlier Apollo missions had to be hard coded into the systems, and tested before used. Software engineers such as Margaret Hamilton, worked out the code by hand, and these were transcribed into binary codes and sent to the lunar module to be coded.

It was Margaret working late one evening that discovered that a significant error would be caused if an astronaut pressed the pre-launch key during the flight. After much persistence, it was the work of Margaret and her team that allowed the Lunar module to land even though there were a number of 1201 and 1202 alarms being raised by the module. Without this test and try planning the launch may not have taken place.

This is a clear example of the integral role computer science played in the Moon landings, and how the subject can take you out of this world into new worlds.

Want to try something yourself ?

Why not try our lunar rover scratch programme, to programme the lunar rover to explore Mars ? (see page 53 of Esero's Mission to the Moon resource)

Want to inspire your pupils? Why not register for a STEM Ambassador or a Barefoot Ambassador to come and work your pupils, and see where this may take them.

About the author:
Claire Arbery is the Programme Manager for the Computer Science Accelerator Programme.