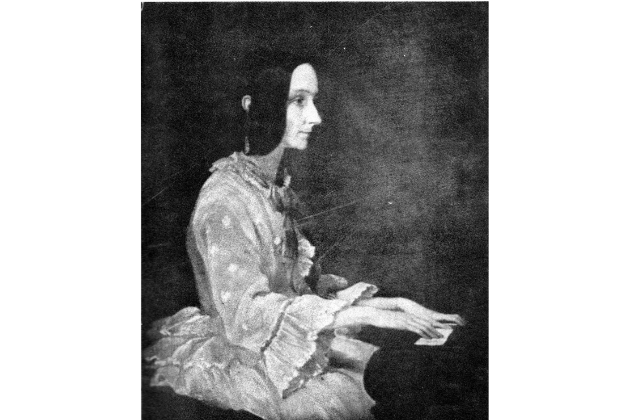 Ada Lovelace Day was founded in 2009 to raise awareness of the achievements of women in STEM. In this article, we take a closer look at the person behind the celebration...

“Mathematical science shows what is. It is the language of unseen relations between things. But to use and apply that language, we must be able to fully appreciate, to feel, to seize the unseen, the unconscious.”

The Honourable Augusta Ada Byron was born in 1815, the only child of Annabella Milbanke and the Romantic poet, Lord Byron, who separated when Ada was just 5 weeks old. Ada was raised primarily by her mother, grandmother, and a set of nannies (and in the company of her cat, Mrs Puff). Her mother, Annabella, who Lord Byron referred to as the ‘princess of parallelograms’, feared that Ada would inherit her father’s artistic (volatile) temperament; she insisted that Ada was given rigorous tutoring in science, logic, and mathematics to instil ‘mental discipline’.

From a young age, Ada had a fascination with machines, and spent hours thinking up new inventions and reading scientific periodicals. At 12, she became fascinated by flying, and was determined to build a steam-powered flying machine. She started with the wings, and studied the anatomy of birds to determine the right size of the wings compared to the body. Next, she considered where to position a steam engine to power the machine. She presented her ideas in an illustrated guide that she called Flyology.

Ada was close with one of her tutors, Mary Somerville, a Scottish polymath and joint-first female member of the Royal Astronomical Society. It was through Somerville that, in 1833, Ada was introduced to inventor and mechanical engineer, Charles Babbage. Charmed by Ada’s intellect and curiosity, Babbage invited Ada and her mother to see the prototype for his Difference Machine, a 2ft high hand-cranked mechanical adding machine. Ada, intrigued by the prototype, struck up a correspondence with Babbage about its potential, and her own mathematical studies.

In 1835 Ada married William King and together they had three children: Byron, born May 1836; Anne Isabella, born September 1837; and Ralph Gordon, born July 1839. In 1838, King was made the Earl of Lovelace, and Ada became the Countess of Lovelace — or Ada Lovelace as we now know her.

Correspondence between Babbage and Lovelace continued throughout this period, and Ada studied Babbage’s plans for a new invention, the Analytical Engine, in great detail. The machine was a mechanical general-purpose computer that incorporated an arithmetic logic unit; control flow, in the form of conditional branching and loops; and integrated memory. It could also be programmed to do complex computations using punched cards, just like the Jacquard loom and the early modern computers built 100 years later. In 1843, Ada was asked to translate an article about the Analytical Engine, written by Italian mathematician Luigi Menabrea, as she understood it so well. Ada published her translation with a set of notes that explained the machine. The final article, Sketch of the Analytical Engine, with Notes from the Translator, was three times longer than Menabrea’s original piece. It contained, in exacting detail, a method for calculating a sequence of Bernoulli numbers (a complex numerical system first described by the Swiss mathematician Jakob Bernoulli) to show that they could be calculated by the machine on its own. She also speculated that the machine “might act on other things besides numbers… The engine might compose elaborate and scientific pieces of music of any degree of complexity or extent.”

Babbage and his assistants had worked on similar programmes before, but Ada’s work was the most detailed and the only one published. The idea that a machine could manipulate symbols in accordance with rules, and that numbers could represent not only quantities, but entities, was far beyond the capabilities Babbage had initially considered for his machine. This symbolic logic underpins modern computer programming; as such, Ada Lovelace is widely regarded as the first computer programmer.

Ada Lovelace passed away in 1852, at just 36, the same age as her father. Ada’s plans for the Analytical Engine were never realised, and Babbage never built the machine. However, her notes survived, and, in the 1940s, became one of the critical documents that helped shape Alan Turing’s paper, Computing Machinery and Intelligence, a seminal work in the field of artificial intelligence.

In later years, scholars would dispute that Lovelace actually wrote the article at all. Indeed, there are still people who discredit her achievements, or who credit Babbage for the bulk of her work. This is something that women in STEM are all too familiar with; 170 years after Ada Lovelace’s article was published, women still find their achievements ignored or downplayed.

Whilst Babbage had an excellent technical mind, it was Ada Lovelace who saw the bigger picture, and the true potential of ‘science operations’ — something we now understand as computing.

If you would like to do more to encourage girls into computing at your school, why not register your interest for our upcoming Gender Balance in Computing research programme?